Recently a talk given by Gary Bernhardt at CodeMash has been doing the rounds.  In it, he pokes fun at some apparently crazy behaviours in Ruby and Javascript.
While I might not be able to persuade you that all of the things he com 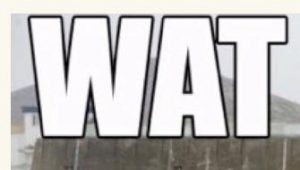 plains about make sense, I hope I’ll be able to show you some of the reasons that javascript behaves as it does.

The + symbol in javascript can mean one of three things.

What makes all of this slightly more complicated is that javascript has automatic type coercion, so if you use something that isn’t a number or a string before or after your + symbol, then javascript is going to automatically convert whatever you did use to be either a string or a number.

So when you see

You know that javascript is going to coerce both of those empty arrays to a string and do a string concatenation on them.
When an array is coerced to a string, you get a comma separated list of its contents, so the result will be an empty string.

Now we come to a parsing weirdness in javascript.  You might have spotted that we use curly braces for two distinct things in javascript.  One of them is to indicate code blocks (like after an if statement or as part of a function definition), and the other is to write object literals (JSON as it’s often called).  In some languages code blocks can appear in most places within the code and indicate a new scope.  Javascript doesn’t use block scoping (yet), but it still allows code blocks to appear inside normal code.  Which means that sometimes when you write {} the javascript parser understands that as an empty code block and sometimes when you write {} it understands that as an empty object literal.  Generally speaking, if the { appears at the beginning of a statement it’s going to be interpreted as a code block. You can force the object literal understanding by wrapping the literal in normal brackets.

In this case the empty curly braces are interpreted as an empty code block, which means that the + appears at the beginning of the next statement, meaning that here the + is a prefix operator that indicates a number is positive.  The + prefix operator can only accept a single number argument, so it will always coerce its argument to a number.
In an extra wrinkle, the way javascript coerces an object, a function or an array to a number is via first coercing it to a string. An empty string coerces to 0.  So for example:

So an empty object coerces to a string [object Object] which then coerces to NaNwhen it has to become a number for the prefix + operator in the following statement:

Why does this matter?

There are a few aspects of this that can and do come up in ‘real life’.  Back in the bad old days when people used ‘eval’ to parse JSON, they used to have to wrap their JSON in brackets to ensure that the parser didn’t treat it as a code block.  It’s often important to bear type in mind and turn your strings into numbers, because otherwise people will be confused when 3 + 1 = 31.  Knowing how coercion happens can make a lot of the rules around what == false much less confusing.  And perhaps most importantly of course it’ll let you sit in the audience of a ‘javascript is crazy’ talk (of which there seem to be a few) and act as if it all makes perfect sense to you.