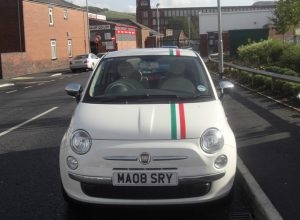 What type of performance testing are you doing?

In general performance testing is a measure of responsiveness. However, it can also be a measure of responsiveness over a certain period of time. In a sense then there are two types of responsiveness that performance testing is interested in:
1. How long:  That is how long it takes for a particular page to load, or a request to be sent, or a function to return. Or an overall Use Case to be completed as a workflow through a website. Or a client call to a backend to return.
2. Memory profiling:  In a sense this could be ‘how long’ after ‘how long’? I.e. We know doing an action once or twice is responsive from the type of testing we do with ‘how long’, but we also need to know if this stays the same over time. Profiling memory over time can help to indicate if there is a problem now, and/or one building for the future.

N.B. You may also be thinking that adding more users should also be considered when measuring performance. Yes it should. But strictly speaking this would be Load Testing rather than Performance testing. It is likely that a lot of the same techniques and tests could be used. The line between the two is not always going to be clear.
We may know that doing something once is responsive, but what if we do it 100 times, or 1000. However, this also requires some user profiling, or use case analysis. If the function will only be used once or twice a day there is little value in proving that it is still responsive after 1,000 repeats. However, if the function will run many times a minute or even second then it needs to be seen to respond within this time, and be seen to remain responsive over time.