I had a wonderful holiday last week. By wonderful holiday I don’t mean that I lay on a sun lounger in Tenerife for 12 hours a day in-between siestas and emerged beautified and well rested back at my desk on Monday morning.

No, by wonderful holiday I mean that I climbed stone-strewn hills in inappropriate footwear, swam in warm seas at inappropriate depths, and generally saw more of the dawn than the local crickets. I therefore arrived back in the country needing another break. Or two.

Thankfully, here at Caplin they are nobody’s fools and our kitchen holds a generous supply of strong coffee. One mug-shattering cafetiere worth later and I was rather begrudgingly back in full Product Managerial flow.

Still, with the typical weekend habits of the average Brit it should be of more than passing interest to businesses what effect sleep deprivation has on our performance in the work place. More so why is it that we are so different in our varying needs to sleep? We all know someone who goes out every night, rolls into bed at 2am, into the office at 8am and yet we are the ones with three Samsonite suitcases under our eyes.

In fact there are significant, replicable, individual differences in the extent of the reduction of performance resulting from sleep loss.

The personalities of people who favour long sleep over those that favour short are actually markedly different. Natural long sleepers were found to do a lot less of anything during the time that they were awake, were withdrawn, more likely to suffer from depression and more likely to develop dependencies on nictotine and alcohol. Conversely, natural short sleepers were found to be more energetic, productive and ambitious. They were less likely to use sleep as a means of hiding from the stress of the everyday world. 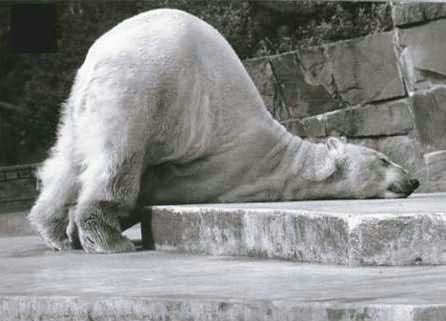 Fatigue. We all know it leaves us in a state. Generally no fit state either. Mental exhaustion, low energy, weak muscles, poor recovery after exercise, the list goes on. Stimulants such as my mug of 95% caffeine will improve performance, but only in the short term.

Working hours actually fell from the end of the 19th century until recently but they are now on the up again. More people than ever work over 48 hours a week. More operations than ever before run 24 hours a day/7 days a week. Too many of us are taking our laptops to bed rather than our spouses. As a result it is estimated that 30% of US workers get less than 6 hours sleep a night.

The effects associated with this are themselves rather a wake-up call. Sleep deprived truck drivers had more accidents, medical personnel on night duty made more errors and factory workers reported more occupational injuries.
Roughly speaking, Circadian rhymicity governs when we sleep and when we wake as well as when we eat and when we release hormones. This is linked to the 24 hour cycle of the earth day (the human circadian clock is actually slightly longer than 24 hours). Light and dark are crucial in keeping these rhythms correct. Out of kilter we eat more and at the wrong times, we sleep badly and we operate poorly and with mistakes. Working memory capacity is significantly decreased, something which is cited as a factor amongst the error prone Medical personnel. Shift workers are particularly vulnerable. Trying to sleep during daytime hours as when our melatonin is falling and our body temperature is rising causes sleep to be of poor quality and punctuated by frequent waking.

The morning after the night that never quite was, too often finds us sitting at our desks feeling slightly stunned, a coffee to our right and a packet of Nurofen to our left, blinking into the bright light of our monitors. You don’t have to be hung-over to feel like this. When we are sleep deprived our brains face a struggle. Our attention is in competition, juggled between the pressure from the parts of our brain stem which modules sleep-wake cycles and the areas of the cerebral cortex which try desperately to keep us awake and alert in the face of what is not quite natural. It is not surprising that we often develop a headache. 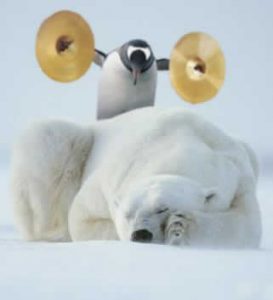 Do you pride yourself on being a workaholic?

You spend hours and hours on work, way beyond what is expected by your workplace or required by your economic situation or even necessary. Even when not at work you’ll be thinking about work.

Sounds exhausting to me.

Workaholics may feel that they have decreased need for sleep due to their insatiable appetite for driving themselves. But despite the condition not itself being associated with the common sleep problems of insomnia or difficulty staying asleep, workaholics were found to be at risk for poor sleep and insufficiency of sleep.

It seems that just the constant thinking about work and the constant mental arousal that this causes leads to cognitive overload. Far from dealing well with this they suffered frequent daytime sleepiness. They also smoked more than average.

Therefore it seems that even simply thinking too much about work makes us feel tired and distressed. The extra stress we feel when tired and made to work, or indeed the stress we suffer because of work, shows links with pro-inflammatory markers, psycho-neuro-immunologic mechanisms and cardiovascular events. Sleep disturbance has profound effects on these markers, increasing the chance of heart disease. It also increases the chance of diabetes through poor glucose tolerance.

None of this makes a person more productive. Perhaps something to mention to your Boss.

When asked to perform a memory task, individuals who showed low baseline levels of global brain activation on MRI scans were more vulnerable to the effects of sleep deprivation. Decreased neural activity correlated with an increased number of errors and reaction times.

Research has revealed structural brain differences which correlate with cognitive ability. In old age the number of fibres, the compactness and the speed of nerve impulses found in the white matter of the brain is reduced.

The result being lower cognitive performance and decreased memory. However differences in such areas are also seen between young people. Candidates were tested on a basic visual-motor task after being subjected to total sleep deprivation. The results showed that individuals whose white matter showed greater compactness, a higher number of fibres and better connectivity scored better in the tasks. This may be because such individuals are better at avoiding the typical associated attention lapses. Possibly are they are more easily able to divert additional neural resources to the task as well as successfully coordinating activity between brain regions.

What factors can help us cope with sleep deprivation?

Things that we can do something about.

Be physically fit. Studies show that drivers who engage in regular exercise had less accidents and that people suffering fatigue had higher energy levels after 10 weeks of exercise. In fact regular exercise has been shown to have more of an effect on fatigue management than any other intervention.

Practice “Sleep hygiene”. A Japanese study during which IT workers were taught “sleep hygiene” techniques of going to bed only when sleepy and exposing the body to morning sunshine, showed improved sleep efficiency. Exposure to morning sunshine is thought to help synchronize the circadian rhythm with the sleep-wake cycle. This means that daytime fatigue was reduced despite sleep duration not actually increasing. Interestingly the time of the day most helped by the techniques and therefore the most sensitive to improved nighttime sleep quality was 2pm. Perhaps the Spanish have a point that we should all be in siesta.

If you are male, drink less frequently. However boring this may seem. Men who drank alcohol frequently during the week suffered lower quality of sleep compared to non-drinkers. Oddly women’s drinking patterns were not found to significantly affect their quality of sleep.

Implications of a difference between individuals.

We already live in a society which functions 24 hours a day. Despite common media backlashes against the onward march of 24/7 living it is clear that City living demands it, encourages it and thrives on it. As such more and more people are working long hours or working shifts. Night shift workers, amongst which are some of our most important personnel, doctors, nurses, firemen are forced to function in direct opposition to our natural Circadian rhythms (that rough 24 hour cycle which has us sleep when it is dark and be more alert during daytime hours). To work when it is biologically incorrect and rest when it is biochemically non-sensiscal results in sleep quality which is often subpar.

Individuals may be functionally and genetically assessed. Those who would cope badly and whose health would suffer from an environment where sleep deprivation is a reality could avoid putting themselves and others at risk. This may seem unethical to some, but it is a question of safety. At the very least there is overwhelming evidence for why we should restrict the shift length of our medical professions. It is necessary to regulate such issues and not leave them up to the individual since people show very different symptoms in response to sleep deprivation and subjective measures of tiredness are not sufficient.

Standford Sleep Medical Centre estimates that in the US, sleep disorders result in $15.9 billion in direct costs and $50 to $100 billion in indirect costs annually. The reality is that it carries a much higher cost.