Loud colleagues are annoying:
But office noise really does cause problems. At its loudest it may induce hearing damage but at even moderate levels it can cause distraction, stress and high blood pressure. Someone who often talks loudly on the phone behind you may well lower your own performance, as well as potentially reducing the probability of you buying them a drink after work. 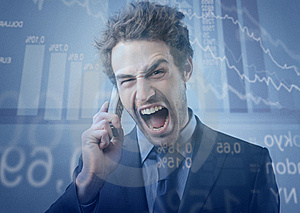 The most disruptive noise is that which is said to “Change state” i.e. where each syllable or tone has a different pitch to the one that before it. This type of noise badly effects recall in those exposed. Typically this is the type of noise associated with being surrounded by large groups of chaotic humans rather than say, the gentle hum of a refrigerator.
How well you will do when exposed to such a rudely invasive environment really depends on what you are used to. A child who is raised in a large family and is constantly surrounded by hubbub will actually perform less well when tested under quiet exam conditions than when background noise is present. In the office we can become used to the background noise after about 10 minutes of exposure. Before this time has passed any tasks we do will be negatively impacted. It might be worth reading the less important emails for a while first until you get used to it.
Still though, any such habitation will be destroyed by just 5 short minutes of silence before the noise starts again. Once more you will become distracted.
So far, so unhelpful. Other than sitting there in total silence (at best boring, at worst impossible) or wearing noise-cancelling headphones (stylish but impractical) is there a way to bring sound into the work environment in a positive way?
If music be the food of productivity, play on: 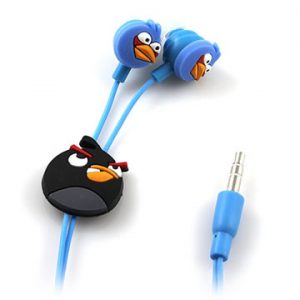 Last year, members of staff of an operating theatre in Zaria, Nigeria were asked what kind of music they would like to be played during surgery. While 89.5% of the respondents agreed that music should be played. 71.6% expressed a preference for jazz. Whereas only one lone respondent, with excellent taste, considered Irish folk music to be the finest accompaniment for taking scalpel to patient.
Actually the type of music is important. But Ozzy Osbourne doesn’t necessarily make someone a better surgeon than Mozart. Far more important that it is familiar and enjoyable to the eardrum in question.
The likelihood of any effect being seen increased with the amount that the listener enjoyed the music. Simply put, if you hate the Boss’s Meatloaf album then it is likely to negatively impact your concentration and possibly endanger the health of the music server.
Music while working was found to provide the following benefits:
• Blocked out our irritating background noise
• prevented distraction
• Enhanced speed and accuracy
• Reduced pain
• Reduced anxiety and stress
• Lifted the mood
When to listen? 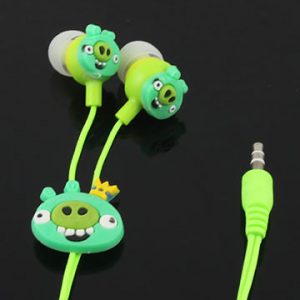 A study on office works in Taiwan showed that there was a large variation in attentiveness in workers who listened to music while taking an attention test. Possibly down to the Meatloaf album again. However, those who listened to music for 10 minutes before the test all obtained higher scores than those who had listened to no music at all.
Similarly, people who listened to Mozart before attempting spatial-rotational tasks showed less complex EEG patterns and activation of task-relevant brain areas. Therefore increasing their ability to learn. It is thought that complex music acts as a primer for the relevant firing patterns in the cortex. Some studies also point to the beneficial effect of the enjoyment of music on the activity of the right hand side of the brain, which is linked with more spatial, creative tasks.
The effect doesn’t follow when participants listen to white noise. It seems complexity, as provided by music, is important. In essence it warms up your brain.
Most of us endured years of our fathers shouting at us to “turn down that noise!” That one person’s noise is another person’s music is a given. But we should really think about swapping the clatter of the Sales team’s phone calls for that Irish folk music.

2 thoughts on “Office noise or music at work?”