James Betteley has been a Build & Release Manager since 2004. He joined Caplin this past year and now works closely with Caplin’s engineering and quality assurance teams to manage the continuous delivery of our software.
Q: James, welcome to Caplin. Where have you joined us from?
A: Hello! I joined from a telecoms company called mBlox, I worked there for about 3 years.

Q: Can you tell us a little bit about your development background? What led you to becoming a build and release manager? 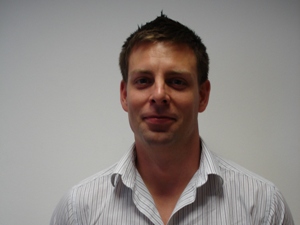 A: I worked in a .Net development team, many years ago, where the builds took hours to run. They needed someone to fix the build system and so they picked me. I still have no idea why. I think everyone else was at lunch at the time and so I got lumbered with it. It turned out to be great fun to work on, and since those days the whole build and continuous integration industry has really taken off!
Q: In five sentences, tell us what a typical day in the life of a Build & Release Manager at Caplin is like…..starting with your preferred breakfast in the Caplin kitchen.
A: I have breakfast at home before I get here because I cycle to work, and without breakfast I’d probably not get this far! So once I’m here, it’s a quick shower, and then I spend the rest of my day checking that our Continuous Integration system is looking healthy (it never is, not entirely – but I’m here to change that).
For the rest of the day I generally work on our Continuous Delivery system, and automating tasks which, until now, some poor soul has had to do manually.
Q: You work closely with the QA team. What would you say is essential to make the relationship between your role and this team work?
A: A huge part of our Continuous Delivery system is testing. It’s essential to have a very high degree of automated tests of all kinds, be it unit tests, acceptance tests or performance tests – this is what builds confidence into our products. I work with the QA team to build these tests into our Continuous Delivery system. Here at Caplin, the essential ingredients to make a good relationship with the QA team is to have an appreciation of obscure (often European) films, a peculiar sense of humour and a strong knowledge of utterly useless trivia.
Q: Tell us about your blog.
A: Ah yes, my bloggy thing! Well at first it started out as just a place for me to jot down all the handy little tricks of my trade, so that I wouldn’t have to go searching through a myriad of forums to find answers to problems I know I’d already encountered and solved before. I still use it for that purpose, but I also add articles that I think the DevOps world at large might appreciate and find helpful. It became a lot more popular after one of my articles was published in Methods & Tools this year.
Q: Everyone has had a job they’ve hated! Tell us about the worst job you’ve had.
A: I worked in a technical support call centre in Cardiff after I left university. I didn’t last very long! A large number of the calls I received were from irate customers who would blame me personally for their internet connection going down. There was also a fair share of weirdos, and one guy kept calling the wrong number and asking me for a car insurance quote for his land-Rover! He called me about 5 times in one night, and insisted he was dialling the right number. Eventually I gave him a quote of £450, just to get rid of him.
Q: What was the last gadget you bought?
A: I got a new phone pretty recently to replace my old LG. My new one’s a Samsung. Samsung have now joined LG on my list of companies from whom I shall never again buy a piece of technology.
Q: So….Ant or Maven?
A: Don’t get me started. Either, or both in fact. Maven isn’t as evil as some people think (I’m sure I’ll live to regret saying that). 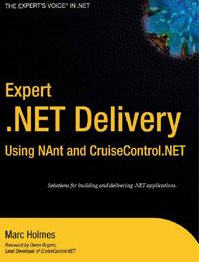 Q: Favourite techie book?
A: Expert .Net Delivery by Marc Holmes – this book came out at exactly the time when I was getting into Continuous Integration and helped me massively. Although it’s probably not technically on the bubble anymore, it’s still a wonderfully written techie book.