I remember the buzz created around Google Wave back in 2008/2009, of all the innovative interactions and GUI elements introduced, their scrollbars were the one GUI element that really caught my attention: 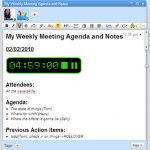 I was really surprised to find out that Wave’s scrollbars were actually first designed for Sun Mycrosystems and AT&T’s Open Look GUI. Yet Google took the credit for innovative interaction, the posts below are an evidence of that:
Google Wave’s Clever Way Of Saving Scrollbar Space
Google Wave’s Scrollbars
Google Wave Scrollbars jQuery plugin
More recently Apple (in regards to their application Siri) and Simple have shown how powerful natural language interactions can be.
Deborah Mayhew in her 1991 book “Principles and Guidelines in Software User Interface Design” describes in great detail the use of Natural Language on interfaces.
Why is it that 20 years later that’s something that still strikes us as highly innovative, even revolutionary?

A First Look at BankSimple (skip to 2:45 min for an example of a natural language search)

Turns out the examples above have just recently reached the public and become mainstream thanks to companies like Apple and Google rescuing them from the chest of interaction design history. The fact that these are companies familiar to the general public only helps reinforce the “oh wow, they’ve done it again” feeling. Yet the foundation of these interactions have been developed/implemented a long time ago.
For some of the earliest examples of interaction design take a look at Ivan Shuterland’s 1962 Sketchpad demo or Douglas Engelbart’s 1968 “Mother of All Demos”, shown below.

Mind blowing stuff if you realize that was half a century ago!

Companies recognized by great interaction design have certain common traits: a deep understanding of interaction design history, of the technical and/or market constraints that might have hindered the use of certain patterns and their eyes open for opportunities to rescue and reapply those ideas.
Check back soon for more historical interaction design awesomeness!